We are a group of Elders who are deeply concerned about climate change and its escalating impacts on our planet.  We recognize that among the important roles we have as Elders are the responsibilities to be stewards of the Earth, to preserve it for our children and for the generations to come, and to lead in these efforts with our voices and actions.

Jud Lawrie has been committed to climate and environmental issues since the 1960s. Professionally, he worked for many years in public transportation in Chicago and North Carolina. He chose the field due to its environmental benefits: reduced air pollution, energy conservation, and higher-density urban development. In 2012 he retired to northern Vermont where he is able to indulge his passion for the outdoors in all seasons. He appreciates the Vermont environment—clean air, mountains, lakes and rivers, forests, and farms. 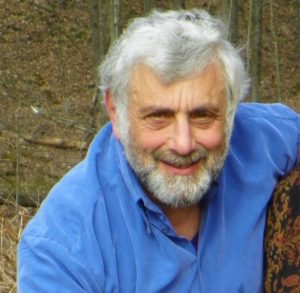 Lance Polya, PhD, recently retired from teaching at the University of Vermont. He was an Adjunct Lecturer in the Environmental Program where he taught courses in Systems Thinking and Systems Modeling to technical and nontechnical students. Prior to that, he was a consultant who conducted workshops in the basic and advanced principles of systems thinking to organizations in the public and private sectors.

Lance is an avid traveller, often participating in climate-related issues in his volunteer work.  He travelled to New Orleans to help re-connect animals lost in the hurricane with their owners, and has travelled to Cuba, Europe, and southeast Asia cycling and volunteering.

As a retired physician, Jonathan Witte is particularly concerned about the health impacts of the climate crisis, which according to the World Health Organization, has become the #1 threat to human health in the 21st century.  Devastating wildfires near his Washington home have made these effects apparent in recent years, which has motivated Jon to join the effort in combating the climate crisis.

In addition to ECJ, Jon is a member of Washington Physicians for Social Responsibility, and is active in the Climate Reality Project, and 350.org.  Jon connects with nature regularly by hiking, snowboarding, kayaking, stand-up paddle boarding, or riding his recumbent tricycle along one of the many scenic Northwest trails….at least when the wildfires are not burning. 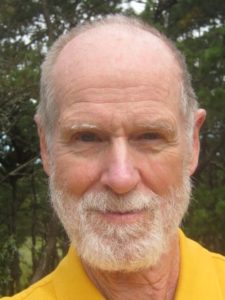 With a family that includes four grandchildren, Stew is dedicated to leaving a healthy and vibrant world to future generations. He was a California native, and experienced first-hand the devastation from the 1969 Santa Barbara oil spill, which fouled beaches and killed countless birds and marine animals. That experience inspired him to join the Sierra Club and identify himself as an environmentalist. A retired engineer, Stew now enjoys a peaceful life on Cape Cod, where he volunteers for local environmental causes, gardens, kayaks, bicycles, and enjoys the poetry of Mary Oliver and Wendell Berry.

Steve was raised on a fruit farm on the southern edge of Lake Ontario and grew up enjoying the woods. He has been a farmer most of his adult life, and has been growing Christmas trees for nearly 60 years.

Steve has been active in social causes since the Vietnam era.  He has been a long-time supporter of The Nature Conservancy, the World Wildlife Fund, Greenpeace and The Sierra Club.  He co-founded Sanctuary at Crowfield Farm in 2002, a not-for-profit created to bring people closer to the land.

Steve has pursued education about climate in his formal education in environmental science, and has also been involved with the Northwest Earth Institute, Tom Brown’s Tracker School, the Conservation Educator’s Workshop, Wilderness Awareness School and the Hawk Circle Earth Mentoring Institute.  He hopes to apply what he has learned to help accelerate awareness of the urgency to deal with the climate crisis. 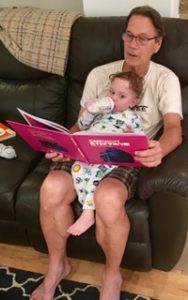 Robert Ryan has had a lifelong love affair with nature. In 1970, he participated in the inaugural Earth Day. Before “Climate Change” had entered the national vocabulary, he was discussing the issue with eighth graders while teaching Environmental Science. He continues his work now with the Newton node of 350 MA, Students and Alums for Climate Justice Boston College, the Union of Concerned Scientists, and other organizations.

For the past 40+ years, Robert has worked consulting, training and coaching with a focus on organizational and leadership effectiveness. Recently, he worked with ClientEarth, a London-based NGO, using the law and science to mitigate climate change in Europe, Africa and China.

A key part of Robert’s motivation in his work on climate change is his family—his wife, two children and one grandchild. 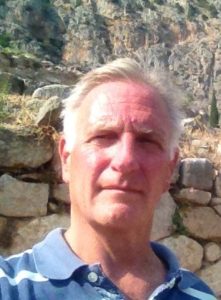 Stephen Simmer is father of six and a retired psychotherapist, and has published a book on anger management for men. Prior to his therapy work, he received a PhD in Religious Studies, and taught in several colleges in the Northeast. He is a former Mission Coordinator for the Mankind Project-USA, where he helped to identify and honor men of outstanding mission around the world. He continues his fascination with the capacity of some small committed groups to have a large social and cultural impact.  Steve has a blog on the importance of life mission, www.liveonpurpose.net.

Steve is a relative newcomer to the issue of climate change in comparison to his ECJ colleagues, but an enthusiastic learner. He is the (somewhat reluctant but earnest) webmaster for our group.

We are a group of elders originally spawned by the Mankind Project, with a passion for the future of our planet.