This page will focus on specific topics relating to climate change, with videos featuring various contributions expressed by those we have interviewed.

Divestment. We are exposed to news stories about universities, retirement plans, and other organizations that are considering divesting from fossil fuel investments. What is divestment, and why is it an important initiative in the movement to address climate change? Bill McKibben, Michael Brune explain. Play video.

The Role of Elders. In the response to the climate crisis, elders are part of a generation that has contributed significantly to carbon in the atmosphere, and which has delayed action on climate change in spite of the warnings by the scientific community stretching back several decades. For several reasons, however, elders may have an important role to play in finding solutions to the climate crisis. Bill McKibben of 350.org, Loren Blackford of the Sierra Club, and Ken Kimmell of the Union of Concerned Scientists speak to this issue. Play video. 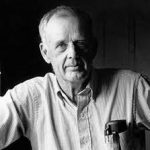 Whether we or our politicians know it or not, Nature is party to all our deals and decisions, and she has more votes, a longer memory, and a sterner sense of justice than we do.

We are a group of elders originally spawned by the Mankind Project, with a passion for the future of our planet.